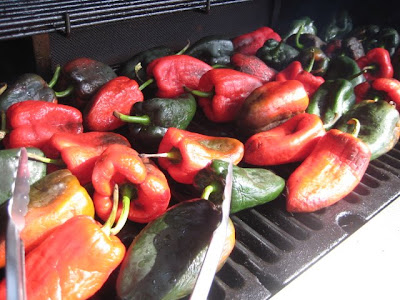 Fig.1. Nothing smells as fine as grilled peppers.

The outdoor part of the Jean-Talon Market is quickly winding down. The bins are full of root vegetables, apples, and the last of the fruits and vegetables; much of it being sold at a discount. Although I've preserved and frozen many seasonal vegetables this year, I'll miss that unique freshness which can only come from eating an asparagus in May, or a tomato in August. But what I'll miss the most are the conversations and camaraderie with all of the farmers, producers and overall characters working at the market. One of the more memorable conversations occurred three weeks ago. It involved peppers and vanity.
It turns out that the wildly held notion that the heat of a capsicum stems solely from the seeds, is, while not completely wrong, at the same time not completely accurate. I learned this a couple of weeks ago as I attempted to give Birri-man, Joe, a lesson in pepper heat. Joe let me ramble for a while in a sermon of self-pomposity, he then proceeded to set me straight, and he did it with a habanero pepper. "The heat", Joe explained, "comes from the vein of the pepper, any seeds attached to the vein will also be spicy, but seeds far from the vein will not be spicy." What Joe was telling me went against the entire repetitive dribbling spewed from celebrity chefs from the various food networks. Joe cut a piece of the white vein out of the habanero pepper and told me simply to lick it, I was not allowed to chew or swallow. I'm glad my machismo didn't kick in because just a simple lick was enough, my entire mouth was on fire.
A quick look into Harold McGee's insightful book, On Food and Cooking: The Science and Lore of the Kitchen, confirmed what Joe told me. The heat of the pepper (which is actually a fruit) does indeed originate in the pithy, white, tissue center; or, as properly termed by McGee, the placenta.
The lesson here is twofold: First, if you wish to remove most of the heat from a spicy pepper, remove the seeds, the placental core, as well as any white tissue which runs along the inside wall of the pepper, and second, don't listen to celebrity chefs. 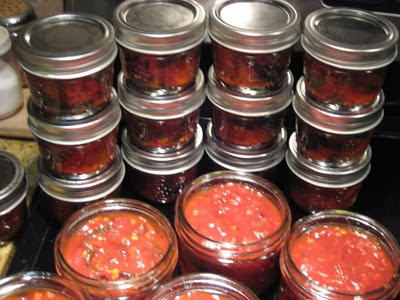 Fig.2. I find the small, 125ml jars very cute. I'm not sure what that says about me but there you go.

Preserved Smoked Poblano Peppers in Adobo Sauce
Poblanos aren't a spicy as habaneros but their flavour is intense. Joe insisted that I try them. At first, I wasn't sure what to do with them, but when I saw a can of Chipoltle peppers in Adobo sauce in my fridge, my culinary light bulb went on. Chipoltles are dried jalapeño peppers but poblanos will work just as well; Adobo is Spanish for sauce. You will need a smoker for this recipe, if you don't have one then I suggest you get one soon: you can't be a man if you don't have a smoker.

Properly clean your mason jars and lids (because these pepper are more of a condiment, I used small, 12 125ml jars and 10 250ml jars. Volume could vary depending on the size of your peppers.) Place the peppers on the grill of a gas barbeque set to medium high heat and roast the peppers until the skins are blackened and the peppers soft. Once the peppers have cooled, remove the skins, seeds, and stem of the pepper. (don't worry if you don't get all of the seeds.) Get your smoker ready for a cool smoke (I used apple wood for this recipe, cherry will work just as well but avoid mesquite) Place the peppers over the grates evenly without overlapping them, close your smoker and allow the smoke to permeate the peppers for about two hours. Place the peppers in the fridge while you prepare the adobo sauce. (Peppers can remain refrigerated for up to two days.)
Heat the olive oil in a large pot set over medium heat. Add the onions and sauté for 8 to 10 minutes until translucent. Add the garlic and cook for two more minutes. Add the tomato paste and cook, while stirring, until tomato paste turns rust color, about 3 to 4 minutes. Add the water and stir until smooth. Add the sugar, vinegar, and salt and bring to a gentle simmer. At this point, add the peppers to the adobo sauce and remove from the heat, you're ready to begin jarring.
Fill your jars with the peppers and sauce. Pack tightly, use the back of a wooden spoon to stir and pack in the peppers and sauce. Tap the jar lightly on a wooden surface and stir and poke again with your wooden spoon--YOU DO NOT WANT AIR POCKETS TO REMAIN IN YOUR JAR! Once your jar is free of air pockets, top the jar if needed, (making sure to leave a proper 1/2" headspace free) wipe the jar clean, and screw on lid. Once all of your jars are full, seal them using the boiling, water bath method. For proper canning techniques, go to http://www.canningpantry.com/ 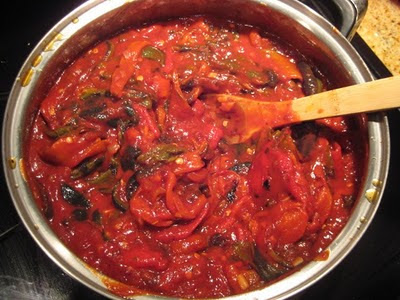 Fig.3. Look for this kind of consistency when you add the peppers. If it's not saucy enough, just add more tomato paste and water. 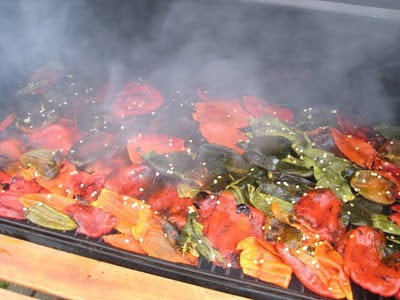 Fig.4. Ready for a cold smoke. Close the lid and let the smoke permeate the peppers. 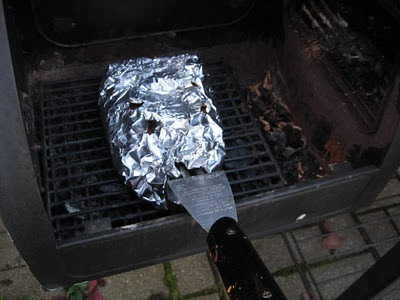 Fig.5. I create a cold smoke by wrapping an electric element in tin foil with some wood that has been soaked in water. Once the heat begins to smolder the wood, I unplug the element, when the smoke diminishes, I plug it back in. 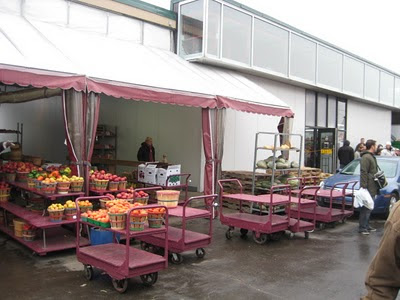 Fig.6. The walls of the closed, winter market are up and in place next to the Birri kiosk, which is selling off its inventory.
Posted by The Hungry Italian at 7:44 AM No comments: 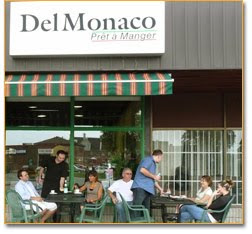 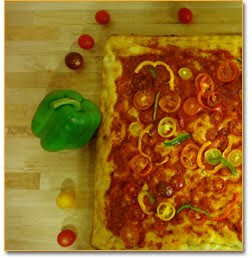 Ahh the spicy olive and onion pizza from DelMonaco; just thinking about it evokes a lion size, stomach snarl. This week, DelMonaco Prêt-à-Manger celebrated its third year in operation. Three years of great pizza (DelMonaco’s pizzas are of the square variety much like you would find in pastry shops all over Italy.) three years of arancini, three years of meatballs, three years of pasta sauces, I could go on and on.
DelMonaco is also a great example of good frozen food. In Italian households, if our grandmothers made too much lasagna they froze it for another day, and that’s exactly what DelMonaco does, only, they make too much of a lot of things and freeze it all, all you have to do is throw it in the oven.
Congratulation guys on three years, the accolades are well deserved and your hard work is appreciated, and, for those out there who have yet to give DelMonaco a try, did I mention the spicy olive and onion pizza? It might be a good idea to order ahead.

If you want to know more about DelMonaco and the people in the kitchen click here. 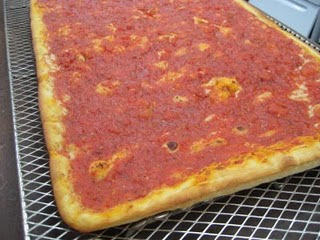 Fig.3. The classic tomato pizza right out of the oven, without a doubt the best way to eat it. 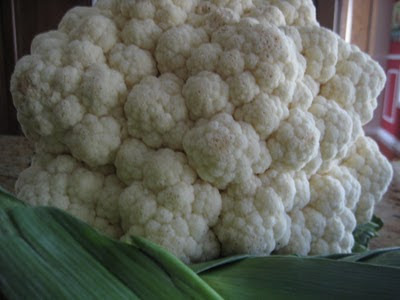 
Walking past the William Mattheeuws kiosk in the Jean-Talon Market (they own a cauliflower and broccoli farm in Saint-Clet) a couple of weeks ago, I was stopped dead in my tracks by a giant cauliflower. At $5.00 a head these beasts can feed the presiding members of the Bastarache commission for a week. I like cauliflower soup, so when the specimens are this big, and still in season, why not make a monster pot. 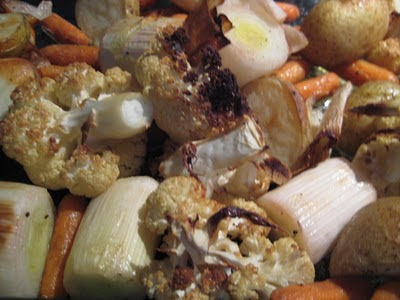 Fig.2. It`s important that your vegetables caramelize in order to develop more flavour.


This soup is bare bones-no cream, no milk, no butter. The carrots and leeks will help sweeten the soup. You can add to the flavour by adding things like roasted garlic or a good curry paste. It freezes well and makes for a great lunch, and, if you’re looking to bring down your calorie intake, this soup will help flush your system, literally.

Preheat your oven to 350 F. Prepare your curry paste by mixing it with the olive oil and the lemon juice. (if you're using it; if curry's not your thing feel free to use any flavor you like, or nothing at all. If you do stay "au naturel" you still need to add the olive oil and lemon juice to prevent the vegetables from drying out too much.) Spread out your vegetables on some cookie sheets and pour the olive oil mixture over them and toss, place your trays in the oven and roast for 40 to 45 minutes, or until vegetables turns golden brown (it's a good idea to toss the vegetables after 20 minutes so they cook evenly).
Remove your vegetables from the oven and let them cool. Once cool, you can begin to purée. Fill your blender 3/4 of the way up with vegetables (I like to mix the vegetables up as I add them to the blender.) then add 1 1/2 to 2 cups of chicken or vegetable stock and purée. (the amount of stock can vary depending on the size of your blender; also if you like a thick, porridge-like soup, add less stock, if you like it loose, add more stock, it's not rocket science.) Empty the puréed vegetables into a big pot or bowl, add salt and pepper to your liking, and stir it all well. You're now ready to heat it up and serve, or store into containers and freeze. 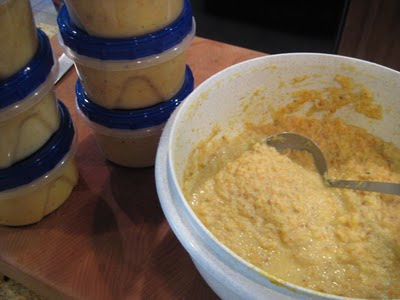 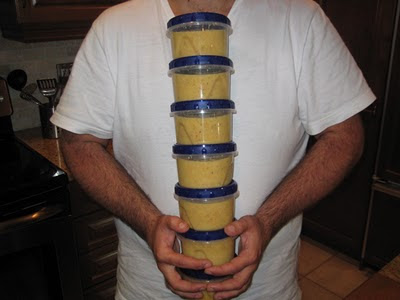 Fig.4. Stored and ready to be placed in the freezer. Great for lunch, or, serve it with fish or seafood. Next time you have company over, serve in a bowl with a few pan seared scallops or shrimp, or use the soup to mat your plate.


Posted by The Hungry Italian at 9:41 AM No comments: