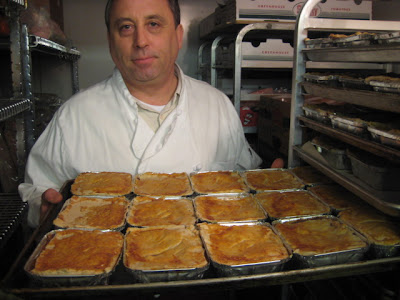 One of the great things about having my own web-site derives from the ability to post and blog about whatever I want. I don' t have to "run it" by an editor. There's no waiting for approval. I needn't worry if it "fits with the brand", and, best of all, I could write about the people and foods that genuinely deserve to be recognized; because in the end, it's gotta' be all about the food.
I've been going to Charcuterie Noël for years. I've written about them before, I also appeared in the Gazette with them as part of the East End Tour article. Charcuterie Noël can best be described as a small, neighbourhood grocer--the kind that once frequented every neighbourhood corner. The kind our grandmothers used to send their kids running off to when they needed sugar. Besides the vast variety of imported Italian products, the incredible meat, great cheese and baked goods, and superb selection of salumi, which is all made in house, Noel began to offer a selection of prêt-à-manger. You could smell something was going on somewhere, and from that wonderful smell came forth some of the most delectable tortières and pâté à la viande I have ever tasted.
Like the kitchens in Orwell's, Down and Out in Paris and London, Noel's kitchen is small and in the basement. But what it lacks in size it makes up for in equipment, all of which is shiny, new and gleams of stainless steel. 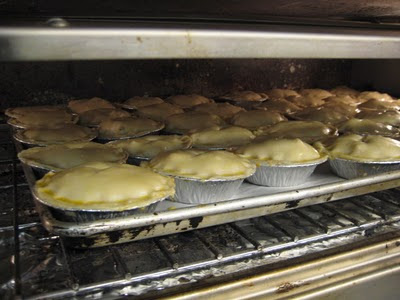 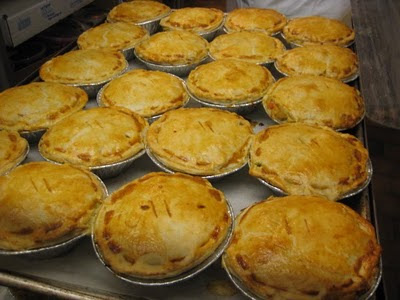 Fig.3. Chicken pies after. These are individual sizes but they're big enough for two.

Chef Dany Patry, along with Louise Vezina, are busy making Chicken pot pies, or, pâté de poulet in keeping with Quebec tradition. "When we were kids, we used to put whatever vegetables were left over" says Vezina "we also used lard to make our dough, if you did that now, people probably wouldn't want it." The dough made by Patry and Vezina is light, flaky and oh so buttery. The chicken pie, filled with chicken, vegetables, and creamy bechamel, is the ultimate comfort food. The first time I tasted it I nearly dropped my fork. The ingredients are honest, proper, and oh so yummy; if the pie wasn't so hot, I would have shoved my whole face into it. The traditional meat tortiere is filled with meat, potatoes, and spices. When asked what spices are used, Patry replies, "it's a chef's secret" he does tell me however, that the meat pies are made in the regional tradition of Bas Saint-Laurent. Other pies being made: salmon, tuna, turkey, wild boar, and the very Quebec cipaille Gaspesien, which Patry makes with lamb and potatoes. Patry also makes French onion soup, making the broth from scratch with pork bones and plenty of onions. He then pours the broth into bowls, adds the bread and cheese, and vacuum packs everything while it's still hot, and like all of Patry's meat pies, all you have to do is put it in the oven. 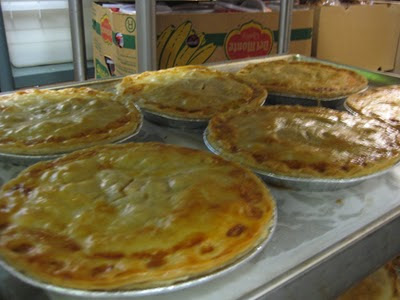 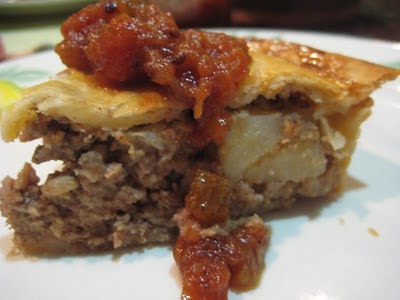 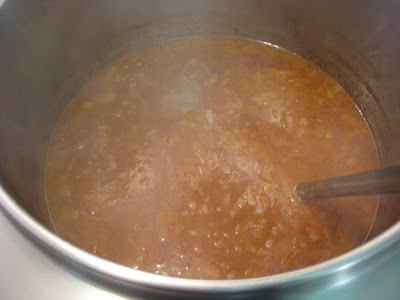 Fig.6. French onion soup on the simmer. Patry lets it reduce which concentrates the flavor. What you don't see sitting at the bottom of the broth are several pork bones. 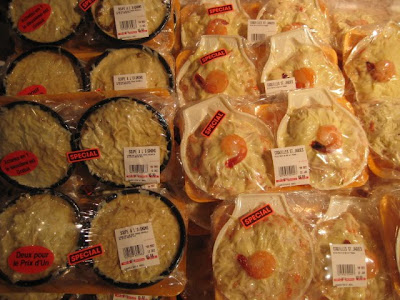 Fig.7. French onion soup and coquille St-Jacques. Vacuumed sealed and ready to pop in the oven. 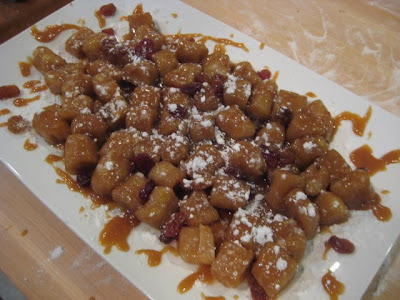 Fig.1. Gnocchi for dessert, serve in one big plate, or individually in a martini glass for effect. As you can see above, this platter was influenced by Jackson Pollock.

This year’s apple crop hasn’t been the best, too much heat and not enough rain according to the apple experts. It hasn’t stopped me from eating my fill though, and some varieties, such as russets and golden delicious have been pretty good.
Thinking of new ways to fuse apples into my Italian repertoire is always a challenge. Made a batch of potato gnocchi a few weeks ago and had the idea of making apple gnocchi. I reveled for a while at the idea’s originality and clever way I combined a Quebec ingredient with an Italian staple, until I made it for some friends and one of them exclaimed that what I had done was tantamount to a Cinnibon. I was as first, repelled by the comparison, but he was quite right, I had in fact made mini Cinnibons, minus the yeast. Anyone who’s tasted a Cinnibon knows how good they are, (The lady behind the Cinnabon, Jerilyn Brusseau, is a baker worth reading about) these gnocchi, according to my guests, can be made again. 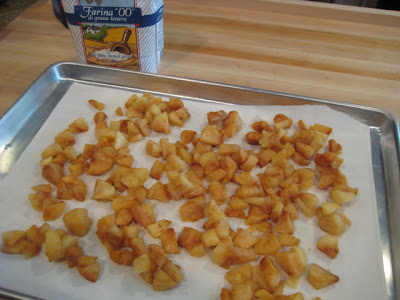 Fig.2. Bake the apples until mushy, taking care not to crisp them. your oven heat might have to be adjusted.

Many food writers and recipes claim gnocchi should be soft, pillowy, and melt in your mouth. Nothing could be further from the truth: like most pasta in Italy, gnocchi should have bite, (these dessert gnocchi are indeed firm due to the absence of any eggs, an ingredient seldom used in very old gnocchi recipes) one shouldn't feel like they're biting into a rock but the gnocchi should have some resistance. And not all gnocchi are created equal, for example, gnocchetti (small gnocchi) are usually used in soups and are much firmer than regular gnocchi. Gnocchi can be traced as far back as the middle ages, where Latin and Arabic words referring to a variety of "pasta dumplings" have been discovered. They are also a great example of "cucina povera". When food was scarce, mixing flour, potato and eggs together made a little go a long way, and when the gnocchi are dense and firm, they sit longer in your stomach. My grandfather, till this day, still swallows his gnocchi whole, thereby sitting in his stomach longer, a habit he formed during the war, when, from one day to the next, eating wasn't a daily occurrence.

On a cookie sheet lined with parchment paper, toss the 3 cups of dice apples with olive oil, spread out evenly, and sprinkle with salt. Bake for 20 to 30 minutes in a preheated oven at 350 degrees until diced apples are mushy. While your apples are baking, toss your other diced apple with lemon juice and place in the fridge. While your apples are still hot, place in a large bowl and mash with a potato masher or a fork, until it resemble mashed potatoes. Spread the mashed apples onto a work-surface, sprinkle with the reserved, diced apples, and add the 2 cups of flour over top. Knead until it all comes neatly together, dusting with flour when needed, (discard any loose flour) about 10 minutes. Let your dough rest for 30 minutes.
Form the gnocchi as you would regular potato gnocchi, bring a large pot of salted water to a boil, add the gnocchi to the water. while your gnocchi cook, make the sauce by melting the butter and brown sugar in a pan over medium high heat, once your sugar has completely melted, add the raisins, remove from heat and add the gnocchi. Toss well, sprinkle with icing sugar just before serving. You can also serve them with caramel, chopped nuts, or cinnamon and frosting. (If you really want to mimic a cinnamon roll.)

Note. Gnocchi can be made a couple of hours ahead of time. Boil them until they rise to the surface, remove with a slotted spoon and submerge in an ice bath to stop the cooking process. Toss them with butter to prevent them from sticking. Heat them in the sauce just before serving making sure you heat them through. 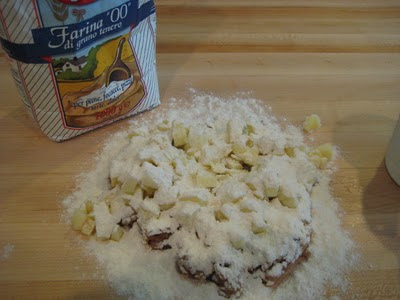 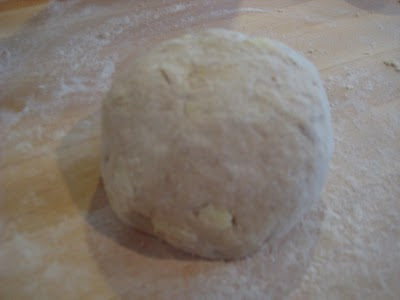 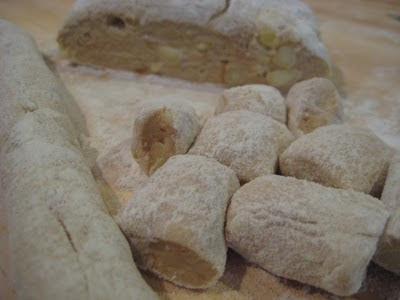 Fig.5. Like regular gnocchi, roll the dough round and cut. I left these gnocchi smooth and fat, choosing not to run them against the back of a fork. the choice is yours.
Posted by The Hungry Italian at 8:30 AM No comments: